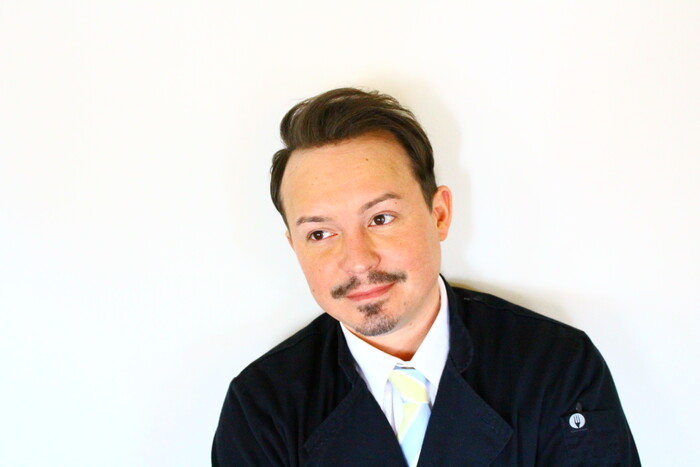 I began my career as a young culinarian receiving a Certificate in Culinary arts from Holyoke Community College.  At the young age of 16, I transferred to the prestigious Johnson and Wales University in Rhode Island where I took post, while in school, as a Line Cook.  I worked my way up as Sous Chef, then Interim Executive Chef, at the Kirkbrae Country Club.  I was anxious to get out and see the world, and through my connections as alumni with the University, I arranged a trip to Savignac-les-Eglises, a well-known University for Hospitality, Tourism and Culinary Arts in the South of France.  I was able to travel and work at many different places in France, Spain and The Azores islands at their finest restaurants, including Georges Blanc, a Michelin 3 star restaurant.  I returned to the States, after receiving an Honorary Degree from Savignac, eager to garner a Bachelor’s degree.  So I returned to Johnson and Wales and entered into their very first combined Culinary Arts and Nutrition program.

Here I learned much about the science of food, and wanted to combine that with my knowledge of internal and coastal European cuisine.  Once graduated, I had half expected to join a high profile sports team as their Executive Chef and Registered Dietitian.  Things would change when Bruce Sacino, my mentor, walked into my life.  Also a J&W alumni, we met at one of their events in Miami.  He was looking for the first Sous Chef to hire at Augusta National Golf Club, host to the esteemed Masters Championship.

So I picked up everything up north, and headed to Georgia.  Under Bruce’s tutelage, I honed my skills for a very high profile membership also earning a Certified Chef de Cuisine designation from the American Culinary Federation, a grueling process!  I learned how to plan for, prepare, setup, execute and break down a large scale event every year.  Thousands upon thousands of people attended the course every day, and I was his right hand in doing so in over 20+ venues on and off property.  I was also sent in that time to Kentucky, after the Club closed for the season,  to participate and run the James Beard House’s first ‘farmhouse’ experience-taking the James Beard Experience to the heartland of Kentucky.  As part of America’s first hosting of the World Equestrian Games, I was charged with promoting Kentucky Local farmers.  16 dinners later, working with and organizing local chefs and chefs from around the world and The James Beard Foundation, I was honored to receive a Kentucky Colonel designation from the Governor for my contribution.  A truly special acheivment.

After 6 ½ years, I decided I wanted to take on my own large scale operation, so I took the summer off from Augusta, and headed to Kohler, Wisconsin-home to the famous American Club.  With 2 golf courses, a 600 bedroom classic hotel, and 18 million dollars in food and beverage revenue every year, it is truly spectacular.  Owned by Mr. Herb Kohler, I was able to help the plan and eventually execute a PGA championship at their signature golf course, Whistling straits.  I was also able to implement cultural enhancements to help them regain their Forbes 5-star, 5-Diamond Designation.  After 6 months of late spring and summer, I got offered to take over the Food and Beverage Director Position.  Something was pulling me to South Florida, however, so I ventured back down south (mainly the weather!)

I took post at the Platinum Club, Saint Petersburg Yacht Club in down town St. Pete, Florida.  This Club was rather large, and well known in the Yachting community.  With over 3,000 memberships and a very active yachting club, it was quite a challenge.  Many families who had been members of the Club for generations were not so keen on change.  In the end, I won them over (most) and remained there for some time.  After a change in the board, and upper management I felt it was time for the next great thing in my life.  I then moved to San Antonio, Texas-a place I never thought I would end up.  I became the Executive Chef for The Argyle Club, the premier dining Club in the mid-west, well known for its prestigious food.    With 1800 memberships, in an old Southern Mansion we would host dignitaries and events up to 2000 people.

Most notably President Trump was a frequent visitor, and George Straight and Tommy Lee Jones were some of the higher profile members.  (George Straight actually came into the kitchen one day and started singing! )  They had a close connection with the Texas Biomedical Institute, where The Arglye and their members would donate to the advancement of vaccines and medical research.

Eventually, I ended up back in the Northeast because I was home sick.  I missed my family, which many live in Massachusetts, Connecticut and Rhode Island.  I ended up in Sharon, CT as the Executive Chef at the Sharon Country Club-also a very special place with mostly New York socialites who weekend here in the summer.

When presented with an opportunity to come to this special place, the Interlaken Inn, in the foot hills of the Berkshires, I couldn’t pass it up.  I am truly excited to see what the future holds, and look forward to helping to make your experience at The Interlaken Inn a very special one.  Many Cheers,

Please ensure the Check Out Date is set to come after the Check In Date.
Please ensure all blank fields are filled in.
Check Availability
© 2021 Interlaken Inn | All Rights Reserved